Crypto 101: An Introduction to the World of Blockchain

Crypto 101: An Introduction to the World of Blockchain

Cryptocurrencies have completely integrated with the mainstream over the past decade. Evolving from an unknown fad that should have passed to the next stage of global financial development, blockchain technology is constantly going through changes. This is why it can be very intimidating entering the market now when it seems like it could be impossible to catch up. 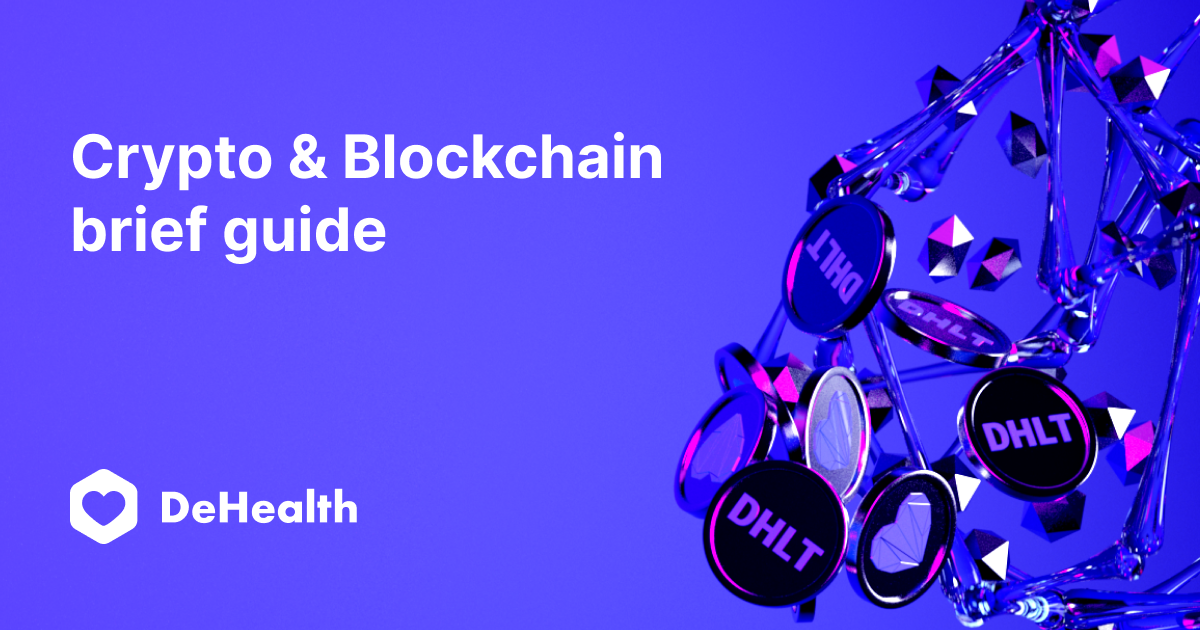 Cryptocurrencies have completely integrated with the mainstream over the past decade. Evolving from an unknown fad that should have passed to the next stage of global financial development, blockchain technology is constantly going through changes. This is why it can be very intimidating entering the market now when it seems like it could be impossible to catch up. However, it is not too late to become a member of the international crypto community. All you need to know to form an overview of the blockchain industry is going to be discussed in this article including the major milestones of crypto development history and the crypto tokens types that came to be as a result.

The Brief History of Crypto

The Creation of Bitcoin

An unknown fact to some is that the idea of implementing a cryptographic equivalent of money pre-dates the launch of Bitcoin. The first electronic money, DigiCash, was invented by cryptographer David Chaum in 1995. This first version required software and a set of encryption keys in order to withdraw funds from an account. In 1998 a computer scientist Nick Szabo designed Bit Gold, a currency that required a computer that would solve cryptographic puzzles and rewards participants that manage to solve them. These two ideas combined gave us Bitcoin and its blockchain.

Bitcoin whitepaper was published on October 31, 2008, by a mysterious developer who called himself Satoshi Nakamoto. On January 3, 2009, the first-ever block was mined on the Bitcoin network which is now referred to as the Genesis Block. Since not a lot of people were aware of the launch, only the savviest investors bought in when BTC barely had any value. In April 2010 the price of 1 BTC was less than 14 cents, and in May first known purchase was made in Bitcoin - the famous pizza delivery. That date is now celebrated by the entire crypto community on May 22 as Pizza Day. It commemorates the first recorded exchange of Bitcoin for physical goods when one of the early Bitcointalk users, Laszlo Hanyecz, made a post describing how he bought 2 Papa John’s pizzas for only 10,000 BTC. It was worth around $40 at a time. In 2021 when the BTC price reached a high of $63,000, the value of Bitcoin Laszlo exchanged for pizza would be worth $630 million.

Between 2010 and 2015 crypto community has been growing in numbers. While Bitcoin was growing steadily, other coins like Litecoin and Ripple, now known as “altcoins” started appearing. Unfortunately, the initial values of anonymity and lack of centralized control that cryptocurrencies championed attracted bad actors who tried to take advantage of technology for illegal activity. In 2014, the largest Bitcoin exchange in existence, Mt.Gox, declared bankruptcy as a result of losing 850 thousand BTC. While the details of this theft are still unclear, it’s speculated that funds were slowly withdrawn and cashed out over time until someone noticed that exchange wallets were emptied. This was one of the hardest lessons on the importance of security that the crypto industry had to learn.

After dealing with a string of major crypto exchange hacks and a series of scams that involved cryptocurrencies, the industry and the community of crypto users were learning fast and developing new solutions to ensure the longevity of blockchain technology. A new major network, Vitalik Buterin’s Ethereum, goes live on July 30, 2015. While Bitcoin strived to become “digital cash”, Ethereum aimed to facilitate and monetize the operation of smart contracts and dApp (decentralized application) platforms. By 2022, about 4,000 active blockchain developers prefer Ethereum while only 700 work on the Bitcoin network, according to the Electric Capital report.

While Bitcoin and altcoins remain considerably volatile, according to TripleA, there are over 300 million crypto users and over 18,000 businesses accepting crypto payments worldwide. As of 2022, the global crypto market capitalization is fluctuating between 1 and 2 trillion dollars. Today, the discourse is centered around the next new technologies: non-fungible tokens and metaverses. At this point of existence, blockchain tokens are serving various utilities in a range of industries. Let’s discuss different types of crypto tokens in existence today and what purposes they serve.

The biggest cryptocurrencies today, according to CoinMarketCap, are Bitcoin (BTC), Ethereum (ETH), Tether (USDT), USD Coin (USDC), and Binance Coin (BNB). Each one of these and 10,000 other existing cryptocurrencies has unique features and characteristics that serve its intended usage. Some tokens can also fit into more than one category described below.

Crypto tokens that are designed specifically for a certain industry have been gaining popularity over the past few years. Their advantage lies in taking existing blockchain technologies and applying them to industries besides banking. Prominent fields where crypto tokens are used today include but are not limited to EdTech, MedTech, law enforcement, eCommerce, sports, and entertainment.

It’s important to have different token standards for different industries. Let’s take MedTech as an example, DeHealth (DHLT) token. While it operates similarly to other types of tokens, the DHLT native coin allows users to monetize their medical assets (from data and to activities), thereby motivating them to engage in health as a new and quality lifestyle.

The DHLT Network allows anyone to upload and store their medical data, receive and host digital information, and sell their anonymized data. It is possible to use DHLT tokens to pay for services inside the DeHealth App and as an economic incentive to secure long-term storage of health data and its constant updating.  As part of the IDO, the first health tokens released by the DeHealth HLT Network were completely sold out in 2 hours. Today DeHealth is working on the The DHLT tokens launch on multiple exchanges within the next 1-2 month period.

With the help o the DHLT Network ant DHLT coin the company promotes a brand new principles for the healthcare industry — a MedFi protocol and infrastructure, which make medical data storage secure, monetized and controlled by data holders

Industry-specific tokens operate similarly in other industries: they allow the design of the ecosystem to cater specifically to the interests of its participants. At the same time, token performance is not tied directly to the global cryptocurrency market and, therefore, can exist without the constraints of market fluctuations and unreasonable taxes. It also helps businesses to build brand awareness and close-knit communities by offering specific benefits for participation in the ecosystem.

Payment tokens generally just mean any type of crypto token that can be used to pay for goods and services. Almost every existing cryptocurrency including Bitcoin, Ethereum, and Tether falls under this category.

Security tokens are what they sound like: tokenized security. Each security token represents ownership of a valuable asset or its fraction. It can represent a stake, share in stock or equity, voting rights, and right to the dividend in the asset represented. One of the most well-known security tokens is Blockchain Capital (BCap) which is run by a leading venture firm.

Utility tokens are meant to provide access to the platform service which is issuing them. As it is designed to serve one specific network, each utility token is unique to its own ecosystem. Usually, these tokens are treated like vouchers that allow users to perform a certain action on the platform. Examples of utility tokens include Binance Coin (BNB), Basic Attention Token (BAT), and Chainlink (LINK).

Non-fungible tokens (NFTs) are cryptocurrencies with very limited issuance that also have unique identities. These tokens are hard to replicate and their value comes from their uniqueness. The simplest way to describe NFT is by comparing it to a unique artwork by a famous painter. Once the work is finished by the author, it can only be the only one in existence. Any attempt to replicate it will only produce a copy while the original stays unique in its own way. Prominent NFT projects include CryptoKitties and CryptoPunks that took mainstream media by storm selling for up to $11.75 million per token.

Decentralized Finance (DeFi) tokens refer to financial applications or dApps built on the blockchain or distributed ledger. It allows users to have control over their finances being able to transact on a global scale with peers to peer methods and access to global markets. As the DeFi market has grown to $120 billion this year, there are many tokens that help DeFi ecosystems function. Some of the most popular ones are Aave (AAVE), dYdX (DYDX), Yearn Finance (YFI), Maker (MKR), Compound (COMP), and Uniswap (UNI).

While this guide on cryptocurrency is far from comprehensive, it should be enough to form a basic understanding of the blockchain industry. What is important to note is by 2022 the world of crypto has spread far and touched almost every industry all over the world. So now each new investor doesn’t just become a part of the community but also has the power to make changes to the way it operates. Vote with your money, do your own research, and choose wisely.