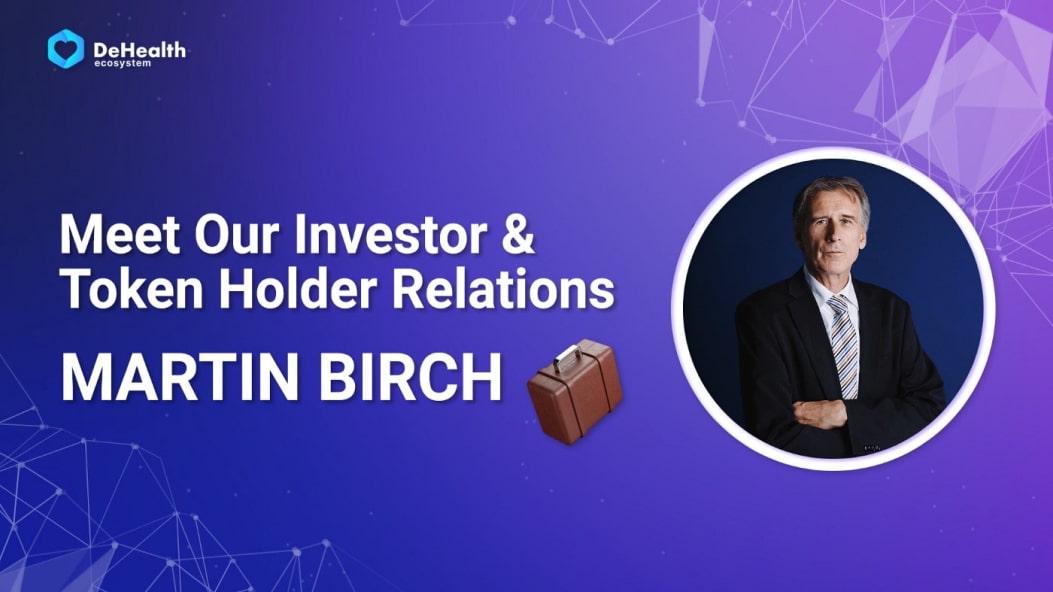 Originally from Cambridge in the UK Martin worked initially with Merrill Lynch Capital Markets and Mitusi Trust in London as a Eurobond trader before exiting the finance business and moving to publishing where he created, among others, the world’s number one journal for the port and terminal indutry, Port Technology International. Over his career Martin has lived in London, Berlin, Amsterdam, Frankfurt, and Sydney before settling in Kyiv, Ukraine in 2008.

In 2014 Martin was one of the founding partners of Ukrainian investment bank, Empire State Capital Group where he is currently Managing Partner looking after the bank’s international operations.

In 2020 the Empire State Capital board took the decision to look for opportunities where they could bring their key financial and communications skills to add value in the cryptocurrency space by applying their best of class investor relations capabilities to the token holder economy. During this time Martin was appointed Non-Executive Chairman of two separate crypto entities including an asset tokenization platform where, during Martins tenure, the token price rose from a starting price of US$0.15 to US$21.00 and was quoted at US$10.50 on conclusion of the engagement, an increase of 6,900% in a little over one year. In addition to the substantial gains in the token price Martin’s strategy also benefited token holders in the area of liquidity with daily market turnover rising from miniscule levels to well over US$1m per day.

Martin is looking forward to commencing a rewarding relationship with DeHealths token holder community. Supporting Martin in his new role will be the entire team of Empire State Capital Group, in particular the CEO, Julia Kurokhtina and fellow Managing Partner and Co-founder Alex Bart, an American citizen, resident in Kyiv since 2010.

On his new appointment Martin said the following: “I am a big believer in the ability of decentralized finance to change the world we live in for the better. On a personal level I am particularly interested in crypto based projects where the underlying token offers key utility to the ecosystem under development.

In the case of DeHealth, democratizing access to health care on a global basis through the DeHealth ecosystem in which the HLT token is the medium of exchange and giving individuals the ability to be personally rewarded for anonymously sharing their own medical data with pharmaceutical companies and other interested parties creates a two way flow of benefits for all concerned.

The entire DeHealth project is designed so that the full underlying value of the global network is reflected in the HLT token price and as that network grows the demand for the HLT token can only increase.

I am honored to be working with the talented team at DeHealth as we embark on our work to decentralize the global healthcare industry and I look forward to keeping our HLT token holders fully informed at each and every step.”